Find your Councillor
Skip to content
Home / In Our Community / Arts, Festivals & Culture 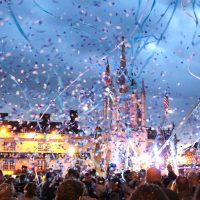 Held in June each year, the Devizes Arts Festival brings some of the best performers from around the UK to the town. From classical music to jazz, rock, blues and roots, the Festival – including its free Fringe festival – has become renowned for providing something for everyone.

Theatre and dance are mainstays, as are talks, walks and lectures, comedy, film and special evenings with celebrities from radio, television, newspapers and politics. The Festival is run entirely by volunteers and receives support from local businesses, as well as Devizes Town Council.

Devizes Food and Drink Festival is an annual celebration of the best food, produce and drinks from the Wiltshire area. The not-for profit organisation is run by volunteers and seeks to provide a memorable event for the local community, promote local businesses and raise money for local causes.

Devizes Carnival dates back to 1912 and was originally organised to raise money for a cottage hospital.  Today it is a major event in the town’s calendar. The International Street Festival and Carnival continue to increase in size and popularity with more and more people getting involved – a true community occasion.

DOCA also runs the Winter Festival, attracting crowds of up to 3,000 and celebrating the start of the festive season, Devizes Christmas Festival boasts one of the region’s biggest lantern processions.

A river of hundreds of beautiful creations, made by community participants wends its way through the town, collecting Father Christmas en-route and arrives back in the Market Place for the Devizes Christmas Lights switch on. DOCA’s Christmas markets are a great place to get special hand made gifts created by local craftspeople and makers.

In February they also put on their annual event, the Festival of Winter Ales.

There is a lively creative community in Devizes, with many more events taking place than we are able to list here.