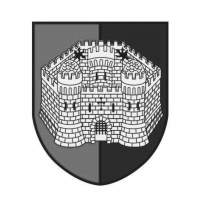 The Mayor of Devizes Cllr Peter Corbett would like to thank the Deputy Lieutenant of Wiltshire David Scott, Rev Jonathan Poston, County Councillors, fellow Devizes Town  Councillors and all those many people that attended the national one-minute’s silence in the Market Place last Sunday 18th September

Devizes’ well attended participation in the national moment of reflection for our Sovereign Queen, Elizabeth II, who died peacefully at Balmoral on Thursday 8th September after 70 years of tireless and selfless service to the Union and Commonwealth, clearly demonstrated the residents of Devizes affection and respect for her Majesty

The Mayor would like to thank the many people that attended and also the Devizes Town Band who entertained the crowd and played the Nation Anthem.

He would also like to thank the town clerk Simon Fisher, council officers and support staff for organising and preparing the event that went so well.

The Deputy Lieutenant of Wiltshire David Scott addressed the gathering with these words.

First of all I would like to thank you all for coming here this evening to join the Mayor, members of the Town Council and Council staff to pay our respects to our late Queen Elizabeth II. As a representative of the Lord Lieutenant of Wiltshire and of his Majesty King Charles III I would like to pass on the sincere thanks of his Majesty and of the other members of the Royal Family for everything that you and others throughout the country have done since Thursday 8th September when we heard the very sad news.

How extraordinary the last ten days have been and we have experienced something that has never happened before and is almost certain never to happen again. Not only have the people of the United Kingdom come together to mourn the passing of our late Queen but throughout the world there have been expressions of grief along with admiration for everything that Queen Elizabeth has done in her very long reign and everything she represents.

I would also like to mention how appreciative King Charles the III is for the support that he has received since he became our monarch – he has waited a very long time for this moment and I have no doubt that his experience, knowledge and interest will be very helpful to those in power both now and in the future.

His late mother has shown how the monarchy should operate in this changing world and I am sure that King Charles will continue and build on her legacy.

Her Majesty who died on Thursday 8th September 2022 at the age of 96 was this nation’s longest serving monarch.

On that day, she departed this life possessing the gratitude and respect of the overwhelming majority of her subjects, who today find it hard to understand a world without her.

Early in her reign on Christmas day 1957 she said

I cannot lead you into battle

I do not give you laws or administer justice

But I can do something else, I can give you my heart and my devotion to these old islands

And to all the peoples of our brotherhood of nations

This love and devotion for her people, together with great personal integrity and honestly defined her 70-year reign

Phillip Larkin evoked best this constant and reassuring presence in our lives.

In times when nothing stood

But worsened or grew strange

There was one constant good

She did not change

Today our Elizabethan age is over but as her majesty said

We should take comfort that while we may have still more to endure, better days will return

Please join me now in a minute silence, to reflect on her Majesty Queen Elizabeth the second

This Facebook link to Devizes pays its respects to HM Elizabeth II during the National Act of One Minute Silence: https://fb.watch/fEcMaulwLe/